What is Damascus Steel? 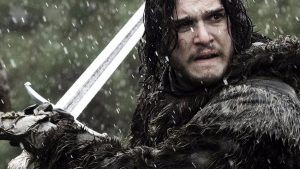 Lets start with a cool fact.. The exceptionally strong fictitious Valyrian steel mentioned in the television series Game of Thrones, as well as George R. R. Martin’s book series A Song of Ice and Fire, is inspired by Damascus steel. Just like Damascus/Wootz steel, Valyrian steel also seems to be a lost art from an ancient civilization. However a resurgence of interest thanks to TV shows like Forged in Fire means that the knowledge for Damascus Steel is yet to survive and be passed on for years to come yet.

Now we just need to ask.. 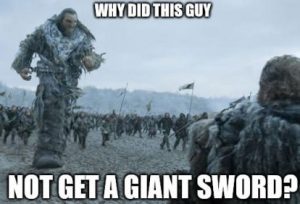 Damascus steel was the forged steel comprising the blades of swords smithed in the Near East from ingots of Wootz steel imported from Southern India and Tamraparni (ancient Sri Lanka). These swords are characterized by distinctive patterns of banding and mottling reminiscent of flowing water, or a “ladder” or “teardrop” pattern. Such blades were tough, resistant to shattering, and capable of being honed to an extremely sharp, resilient edge.

The steel is named after Damascus, the capital city of Syria and one of the largest cities in the ancient Levant.

The original method of producing wootz is not known. Modern attempts to duplicate the metal have not been entirely successful due to differences in raw materials and manufacturing techniques. Several individuals in modern times have claimed that they have rediscovered the methods by which the original Damascus steel was produced.

The reputation and history of Damascus steel has given rise to many legends, such as the ability to cut through a rifle barrel or to cut a hair falling across the blade.

Nowadays Damascus is loved mainly for it;s uniqueness, no 2 blades will ever be identical with a Handforged Damascus Knife.